Anthony McPherson is a resident poet with the National Museum of African American History & Culture. The former NYC subway breakdancer’s poetry appears in the Lionsgate film “Love Beats Rhymes,” produced by RZA of Wu-Tang, as well as the Emmy-winning documentary “Frameworks.” McPherson is the Rustbelt Slam champion, the Inkslam champion twice over, the Individual World Poetry Slam 1st runner up, cur and has reached over ten million views since his first viral poem, “All Lives Matter: 1800’s Edition.”

Lyrical Exercise
This workshop treats inspiration as a muscle; instead of lightning that strikes at random, it's a practice we can become more sensitive to. We'll tackle writing exercises that will stretch our boundaries and strengthen our creative minds. The goal is for the writers to have a set of 'tools' for both allowing ideas to form, and putting ideas to the page.

Impulse & Organic Performance
We start with a short, rigorously framed freewrite that forces our minds to remain present. Then, we unite with our written words by bypassing the frontal lobe, acting on impulse and expressing ourselves physically through space. (We won't force an interpretive dance; we will validate how we're feeling at this exact moment through movement). All students will 'stay in the here and now;' if their mind wanders, they accept it and return to the present.

Defense Against the Dark Arts
An anti-bigotry workshop, we will use dialogue and writing to combat the forces of evil. 'Remove the value from shock value' is the mantra of DADA. We will view images captioned with horrendous quotes, and instead of being stunned (a reaction trolls feed off of), we will arm ourselves with thorough responses and craft activist persona pieces meant to show oppressive groups how they appear through a new lens.

Men and Feminism
Our dialogue begins in a time when patriarchy was necessary for human survival (centuries ago), to the present, where it is now a detrimental institution. We will discuss manhood, modern chivalry, the dismantling of rape culture, and writing/creating responsibly. The workshop ends with reflection and writing a poem to men, so that men who hear it will be moved to do their part instead of sitting back and reaping the ill-gained benefits of a human-destroying system.

Self-Love
The workshop begins with a self-love poem (ex: "90 Trillion" by Thuli Zuma), and a quick discussion. We will take this forty five minutes to develop mantras meant to remind ourselves of two things: we are not human-shaped to-do lists, and self-love is the key to longevity. After writing a poem reflecting on all that we've survived/a love letter to the self, we will conclude with a community building exercise meant to instill hope. 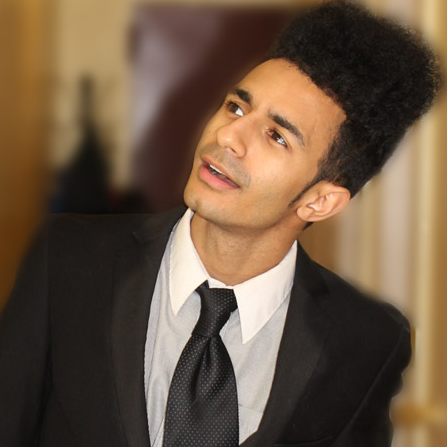 Anthony was AMAZING!!!! The students are still talking about him. I can’t say enough good things about him. We are thinking about bringing him back for a workshop. Thanks for everything. I always enjoy working with the College Agency.
- South Dakota State University

The show is amazing. Students love him, and we are glad to have him too. Everything went well, and I hope to see him again someday!
- Pierce College