Now available as a Virtual Event! Click to Learn More

Mohammed Soriano-Bilal is probably best known as the voice of reason on MTV's Real World San Francisco. He is an accomplished Diversity, Equity & Inclusion (DEI) consultant, a strategist, a poet, and an award-winning producer of both music and film. As a facilitator of hundreds of Diversity & Inclusion presentations and workshops - with clients that include Nokia, Twitter, Progressive Corporation, and the US Treasury - Mohammed works to help organizations remove the blockages that stand in the way of growth.

As a multi-disciplinarian artist-- Mohammed has collaborated with Santana, Public Enemy, Ben Harper, De La Soul, Danny Glover, and Mos Def; his music has been featured on NBC, the CW, and the Sundance Film Festival; he wrote a weekly column for the San Francisco Bay Guardian; and his film work includes If I Were President, an election campaign that helped register 200,000 first-time voters of color and Vocabulary of Change, a conversation between Angela Davis and Tim Wise.

As executive director of the African American Art & Culture Complex, one of San Francisco city's six cultural centers, Mohammed led a strategic shift resulting in a 21% increase in revenue. Currently, Mohammed serves as Associate Dean & Director of the Office for Inclusion, Belonging and Intergroup Communication at Stanford University, where he oversees a team of skilled facilitator-scholars, teaches two courses on intergroup communication, consults on DEI issues, and explores his scholarly passion for the confluence of equity, art, and innovation. 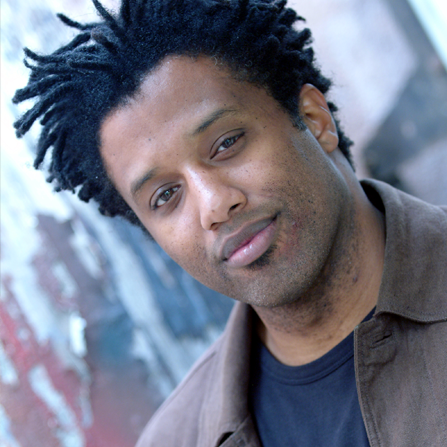 He did a fantastic job, and was incredibly easy to work with. The students were responsive, and even our VP of Student Affairs, thought his message was “one of the best I’ve heard.” Home run!
- Bryant University

It was awesome! It went incredibly smooth: Mohammed arrived a bit before the show and it was great because my committee members and I were able to interact and learn more about him; everyone in the audience loved his lecture, especially the influence of his poetry/raps...they were passionate yet comical and realistic; the material Mohammed talks about is so simple but so powerful that people stayed afterwards to talk to him... he is just a wonderful guy you could spend hours talking to and learn so much.
- Providence College