Zaylore Stout serves as a fierce advocate and attorney on LGBT issues. He launched Zaylore Stout & Associates in 2012 representing both aggrieved employees and and proactive employers who are looking to make their workplaces more welcoming. He serves on the boards of both Quorum, the Twin Cities LGBTQ+ and Allied Chamber of Commerce, and FairVote Minnesota. He championed the passage of a Gender Inclusion Policy to protect transgender and gender non-conforming youth in St. Louis Park public schools when he ran for city county. His firm was an inaugural recipient of the Minneapolis St. Paul Business Journal Business of Pride award. In 2020 he published his first book Our Gay History in Fifty States, which has already won a several awards. Finally, for the second summer in a row Zaylore is hosting a panel at the Lavender Law Conference highlighting the importance of LGBT-specific school curricula alongside other advocacy efforts.

From Rodney King to George Floyd: What I’ve Learned by Living Through These Two Riots
I was 17-years old when the police officers who beat Rodney King were on trial miles away from where I attended high school, but it was an incident that occurred on campus that thrust me both into the news and the limelight. I’m one of the rare people who lived through both the Los Angeles Riots of 1992 and the riots of 2020 that occurred after the murder of George Floyd. As an attorney and a historian, I hope sharing my views regarding how it is that we got here can help prevent us from reaching this place again in the future. Join me in the very personal discussion on race and policing from the perspective of a Black man in America.

LGBTQIA+ Inclusion: How “Woke” Are You? Identify Your Blind Spots and Create a Better Culture
Unconscious bias (or implicit bias) is often defined as prejudice or unsupported judgments in favor of or against one thing, person or group as compared to another, in a way that is usually considered unfair. These biases may be held by an individual, group or institution and can have negative or positive consequences. It is important to note that biases, either conscious or unconscious, aren’t limited to ethnicity and race.

We are all aware that racial bias and discrimination are very well documented, however, biases also extend toward and from many other social groups. An individual’s gender, age, gender identity, physical abilities, gender expression, weight, religion, sexual orientation, and many other characteristics are also subject to bias. This session is intended to challenge your sense of bias as it relates to the LGBTQIA+ community. Even the most liberal and open-minded person will be challenged by this presentation. We as individuals and a society still have a long way to go toward full acceptance and inclusion, so recognizing our own blind spots related to our own LGBTQIA+ biases is an important step toward this goal.

According to Witeck Communications, the combined buying power of the U.S. lesbian, gay, bisexual and transgender (LGBT) adult population for 2015 has been estimated at $917 billion. The 2015 estimate reflects roughly 6–7% of the adult U.S. population (or 16 million-plus adults, 18 years of age and older) as willing to self-identify as LGBT. Getting LGBTQIA+ inclusion right could help open your campus organization or your career to this $900 billion-plus marketplace but getting it wrong could turn roughly 16 million consumers and their family and friends against you. Learn how to get it right! 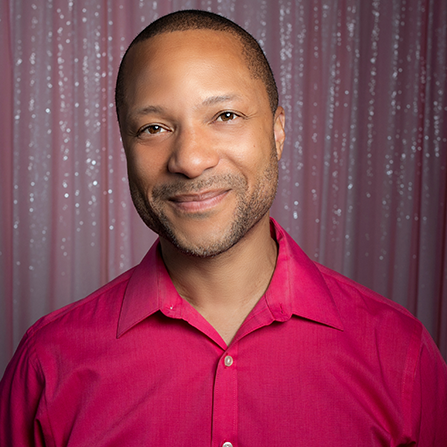 We are all aware that racial bias and discrimination are very well documented, however, biases also extend toward and from many other social groups. An individual’s gender, age, identity/expression/orientation, physical abilities, weight, religion, and other characteristics are also subject to bias. Challenge your sense of being “woke” by attending this session. You will be the better for it. Please welcome, Zaylore Stout.

Zaylore came to campus to speak about his book Our Gay History in 50 States and ended up enlightening us on so many moments of history that still need to be made. His conversational style and natural charisma engaged people passing by to stop and listen. He challenged us to know more about what is going on around us, told us about moments of advocacy we could engage in, and personified the need for stories to be told. Interweaving his own story with history makers, current policies, court cases, and great advice for college students, he opened our eyes to all the ways that the nation has been directly impacted by the LGBTQIA+ community and what we all can do to make sure our histories aren’t forgotten. We are looking to bring him back to keynote again!
- Inver Hill Community College

I would highly recommend Zaylore as a speaker on issues related to LGBTQIA+, Inclusion, Diversity and Intersectionality. His presentation to our campus community inspired many to continue the conversation on recognizing their own blind spots as it relates to diversity. He is informative and provides a high energy that keeps people engaged.
- Alex Wood, South Dakota State University

We were pleased to host Zaylore Stout as our keynote speaker during BRCC Diversity Week. Zaylore virtually spoke to our student body and shared a wealth of knowledge about the LGBTQIA+ community. Although discussing equity and rights may be tough topics, Zaylore presented himself confident and resilient (as identifying as a member of the community). While the conversation contained much history, he also offered current challenges and opportunities for us to make an impact. Our students were enlightened and empowered. We would love to host him in person in the future.
- Baton Rouge Community College